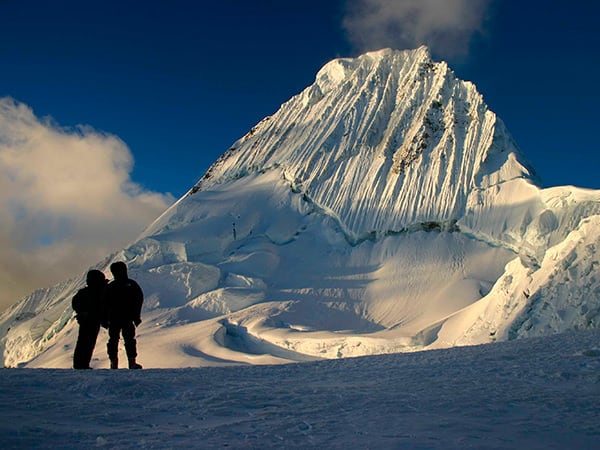 is the gem of the Cordillera Blanca in Peru. Ever since it was first climbed in 1951, alpinists have been flocking to attempt its fluted Southwest Face. Many fledgling high altitude climbers consider this peak a culmination of their early climbing careers. It has often been named by climbers, magazines, and trekkers, “the most beautiful mountain in the world”. Alpamayo deserves these accolades. Summit day consists of 1,500 feet (450 meters) of perfect two-tooled ice and neve (styrofoam-like snow) climbing on a flawless fluted face. You know you are close to reaching the top when you begin to see light through the face from the other side. And on a good year, you can actually top out on the summit ridge, with one foot dangling down each of its almost vertical faces